A Game of Screens 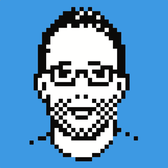 Alongside 17.4 million or so of you, last night, I watched the season premiere of Game of Thrones. Th